X-Men vs. Street Fighter for Megadrive undumped as of June 2021

This small story is very fun and amazing, BLUamnEsiac from the LodgeNET community found this cd-r in a rough shape in a parking lot outside a hotel and it was marked "Adult Collections November 2001" and on in was this promo video for the now defunct and very hard to find hardware of the Nintendo LodgeNET service!. With his permission I uploaded it to youtube.
"LodgeNet partnered with Nintendo to bring video games directly into guest hotel rooms through streaming over the LodgeNet server, with the special LodgeNet controller plugging directly into the TV or LodgeNet set-top box, transmitting the game over phone lines connected to a central game server. Pricing was usually $6.95 plus tax for 1 hour of video games. After 1 hour, the game would immediately stop and prompt the user to purchase more play time. Many games were modified for single-player play only." 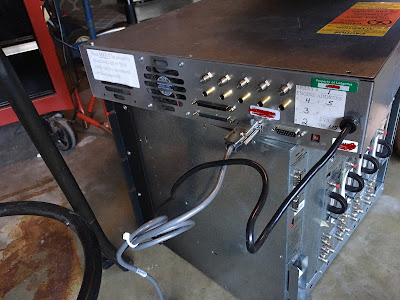 As of 2021 no surviving LodgeNET containing a HD has been found and dumped but coolmod has posted a few pictures of it's internals (HD missing).
More pictures: http://mikejmoffitt.com/img/ln64/
- June 18, 2021 No comments:
Email ThisBlogThis!Share to TwitterShare to FacebookShare to Pinterest

Recently I bumped into the zeldix forum, here you can find various cdda hacks of Megadrive games, some have been deleted elsewhere but are still uploaded there, I recommend grabbing them all for archiving since they are on filelockers that will be dead in a year.
https://www.zeldix.net/t2321-target-earth-assault-suit-leynos-msu-md#38707
And more: https://www.zeldix.net/f66-md-and-msu-md-hacks-database
- June 17, 2021 No comments:
Email ThisBlogThis!Share to TwitterShare to FacebookShare to Pinterest

"Outback Joey is an extremely rare Sega Mega Drive game. It was bundled with the Heartbeat Personal Trainer exclusively in North America and was not sold separately. As the Heartbeat Personal Trainer only had a production run of 1000 units, it is assumed only 1000 copies of Outback Joey exist too."
"You'll need a new nightly of BlastEm to play it, as it requires emulation of the HeartBeat Trainer peripheral. The peripheral controls are mapped to X/Y and Z/C on the six-button controller."
Download: https://drive.google.com/file/d/1pDmc50w4XI_Hxllm5m6eOQpck74ytX1W/view?usp=sharing
Source: https://segaxtreme.net/threads/outback-joey-dumped.24914/
- June 17, 2021 No comments:
Email ThisBlogThis!Share to TwitterShare to FacebookShare to Pinterest

"It was developed by Dori Dock and it's a fun little action-arcade game with a gameplay similar to the Worms series. A release in Japan was scheduled for August 10, 2000. However, due to technical issues, it had to be postponed."
Download:
https://www.mediafire.com/file/amascy8tqojoze1/Dee_Dee_Planet.zip/file
Source:
https://www.dreamcast-talk.com/forum/viewtopic.php?f=61&t=14554
Official site on archive.org:
https://web.archive.org/web/20000816081526/http://www.sega.co.jp/dreamcast/software/deedee/
- June 15, 2021 No comments:
Email ThisBlogThis!Share to TwitterShare to FacebookShare to Pinterest 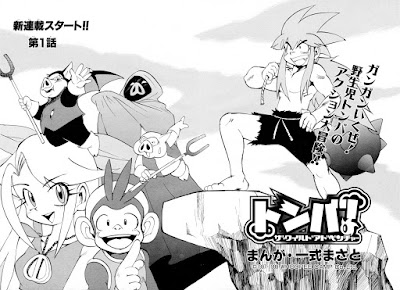 Did you know that the great Psx series Tomba had a manga? well neither did I, but now n i c o, AtanoK Si and belay of the Tomba club community have begun scanning and translating it!.
The raw Japanese scans in one .7z 1.9 GB chunk: https://u.pcloud.link/publink/show?code=vlqrtalK
Fan translation of the September 1999 chapter:
https://u.pcloud.link/publink/show?code=8XzctalK
For more info check out this google spreadsheet: https://docs.google.com/spreadsheets/d/1HOASx4abUhohDJjL9vGdNTbTmX9Wmw0aMR8rDx8y15E/edit?usp=sharing
Some info in Japanese about the manga:
http://musekinindou.web.fc2.com/tomba/manga.html
https://mobile.twitter.com/WhoopeeCamp
- June 15, 2021 No comments:
Email ThisBlogThis!Share to TwitterShare to FacebookShare to Pinterest

Mr^Burns
Itaewon, Seoul, South Korea
Hello I am Mr^Burns, I post news on https://segaxtreme.net/ so some of the Sega related news will be the same as on my blog.You can email me here: consolescenenews@gmail.com

The discord is neogeo related but you can talk about anything gaming related really https://discord.gg/WM8NCC2CfV